It seems as I increase in age, I have continued to place a high value in longevity. I think that this has always been a part of my psyche because my mother used to often tell people how I was very meticulous about taking care of my toys as a child. Maybe it is because I grew up in a lower middle class family that I quickly learned that if something does not last, it will not be replaced any time soon. Whatever the cause, over the course of my life, I have had the importance of longevity reinforced often.

We live in a world of throw away. Stop and consider how many items in your household right now are “disposable” in nature? In our community we have the choice to place large items on the curbside once a month, and they will be picked up by our waste management company. When I walk by houses and see the items placed on the curbside each month, I am amazed at how much we throw away. We have grown accustomed to the idea that everything is replaceable and not to worry if we break something because of a lack of careful handling.

The other element at play here is we are easily bedazzled. I mean that often we look at two items and choose the one that looks better over choosing the one which may be more durable or last longer. If it looks good, we tend to be drawn to it. The idea of image being important often drives this response. Yet, the most beautiful item may be short-lived in nature.

It is true that beauty and longevity do not have to be mutually exclusive. There are pieces in this world that have lasted for a long time period which still are pleasing to the eye. However, I am one that looks closely at the longevity of something whether the beauty is present or not. I will always choose longevity over beauty.

What is most important to you? Do you prefer beauty no matter how long it lasts? When are there times when beauty should trump out longevity? I would be very interested in hearing your thoughts. 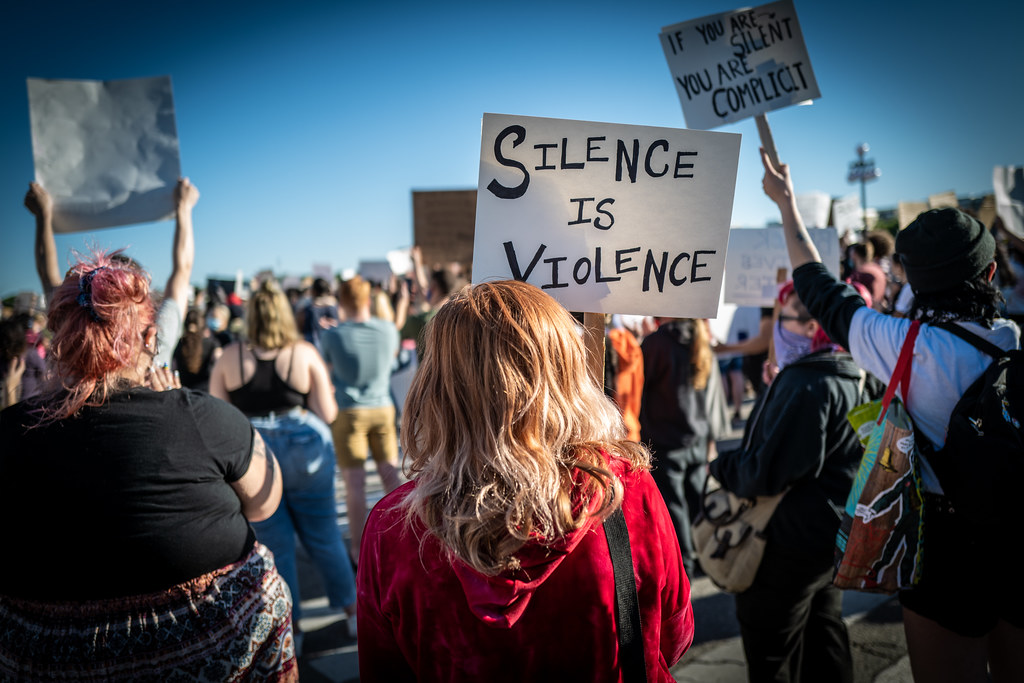 As I sit and watch the events unfold in my own community and throughout the nation, I feel a loss of words. I realize that being a white male of European descent places me so outside the bounds of understanding that I am not even sure I have any right to share thoughts on the protests which are occurring. There is no way I can ever understand what it is to live as a black or brown individual. I do not experience life as a racial minority. The closest which I can ever come to any type of understanding is my life as an oppressed person due to my sexuality but that is not an equal comparison since my sexuality is only visible to whom I choose to make it visible. Yet, I have a nagging feeling that I need to say something about the surrounding unrest.

Let me first apologize for my ignorance. I am aware that I have not taken the time or made the effort to truly understand the daily struggles of a black or brown individual. I have no comprehension of the level of fear, hurt, and frustration which appears on the faces and in the words of those who are now visibly protesting. Like many people, if I am not directly affected by actions or events, I often only pay attention in passing. This ignorance is likely part of the problem being played out in the lives of my black and brown neighbors and community members.

As I watch some protesters being interviewed on television, one message that has struck a chord with me is the request that someone listens to them. Some of them have indicated that the reason they are participating in protests is an attempt to get someone to finally listen. I thought to myself that this plays directly into my ignorance. As I confessed above, I have not taken time to attempt to understand their struggles. I have not sat down with any person of this racial background and listened to them. I am one of those who the protesters are trying to wake up to their need to be heard.

My community, like others, has instituted a curfew for a few nights. This seems amazing in a community of over 900,000 people but the authorities have claimed the need for it because of the repeated nights when peaceful protests have turned into acts of violence by a small few once the sun has gone down. It is vital to realize that it is a small group of individuals who transition from peaceful (and necessary) protest to violent and illegal actions. Too many times this distinction is not made and general assumptions and opinions are formed about all of those trying to effect positive change through peaceful protest. When this happens, it proves the concern of racial minorities that the tendency of the majority is to use a broad brushstroke when forming opinions of individuals. An example would be the tendency to assume the color of a person’s skin automatically means they participate in illegal activities.

I have experienced joy when I have seen news reports of protesters, law enforcement, and elected leaders taking a knee together. While this does not diminish the real level of the problem facing our communities, it does acknowledge that only by working together and listening to one another are we ever going to make meaningful change. This cannot be just an act during this time of unrest but must go into deep discussions within our homes, our communities, and our nation. Racism is taught, not natural by birth. We need to sit down with one another in our homes and discuss why making assumptions about someone because of their skin color, or acting in a demeaning way toward someone of a different color is wrong. We need to listen to one another, learn from one another, find ways to support and encourage one another. We need to stop waiting for someone else to make a change and start making the change ourselves. Let us not move forward with life as it was prior to this unrest. Let us learn from what we are hearing and choose to take the time to change the way we are living.

The truth is that change is not going to be implemented by the political and social structures we have in place unless we, individual citizens, neighbors, coworkers, friends and humans require the change. As we seek protection for ourselves and our emergency responders, let us also seek protection for those whose voices have gone unheard for so very long. As a Christian, I am confident that this is what God’s love expects and demands. If you are a believer, remember these words found in the Bible…. “Learn to do right; seek justice. Defend the oppressed. Take up the cause of the fatherless; plead the case of the widow.” (Isaiah 1:17, NIV)